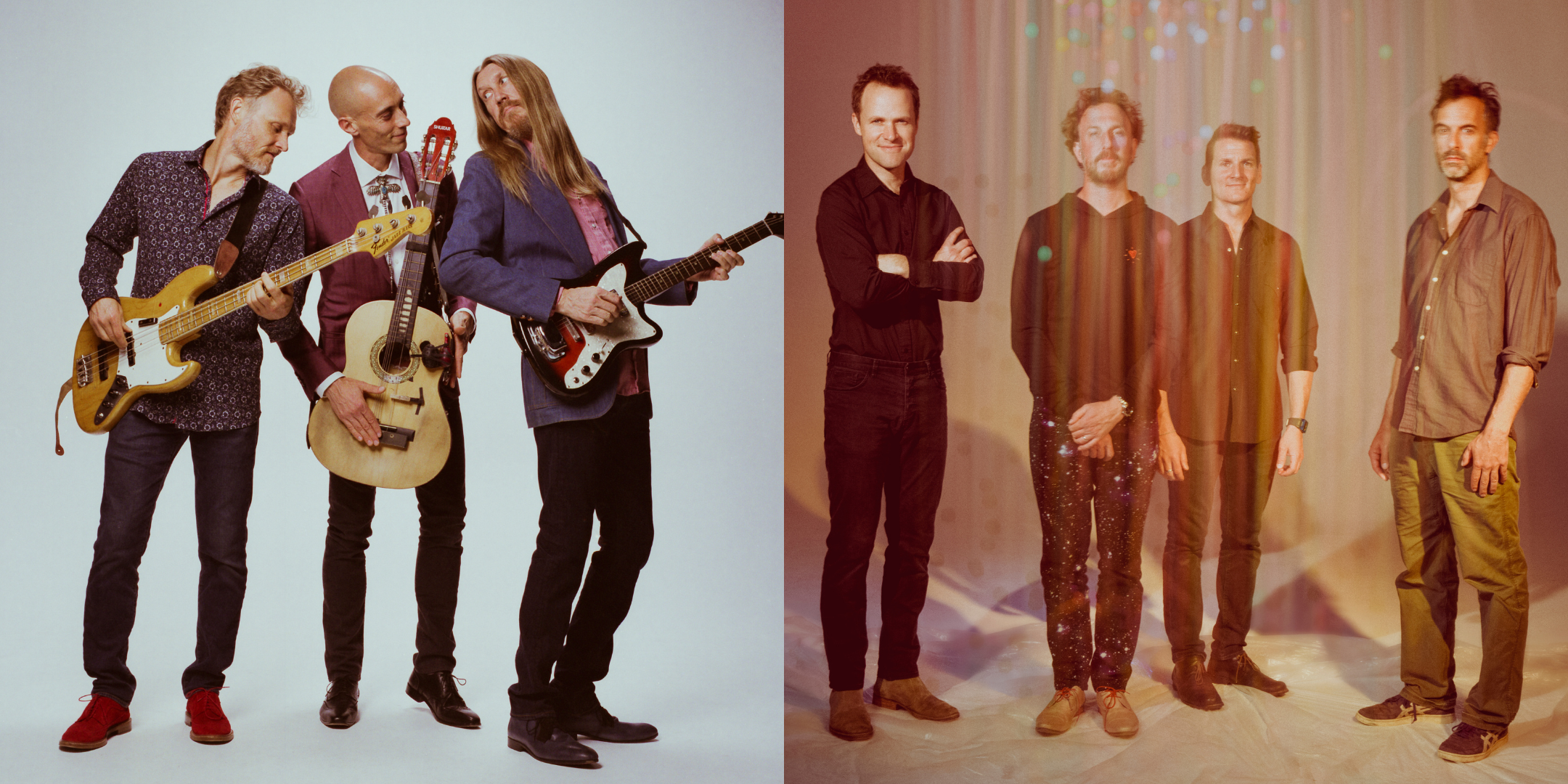 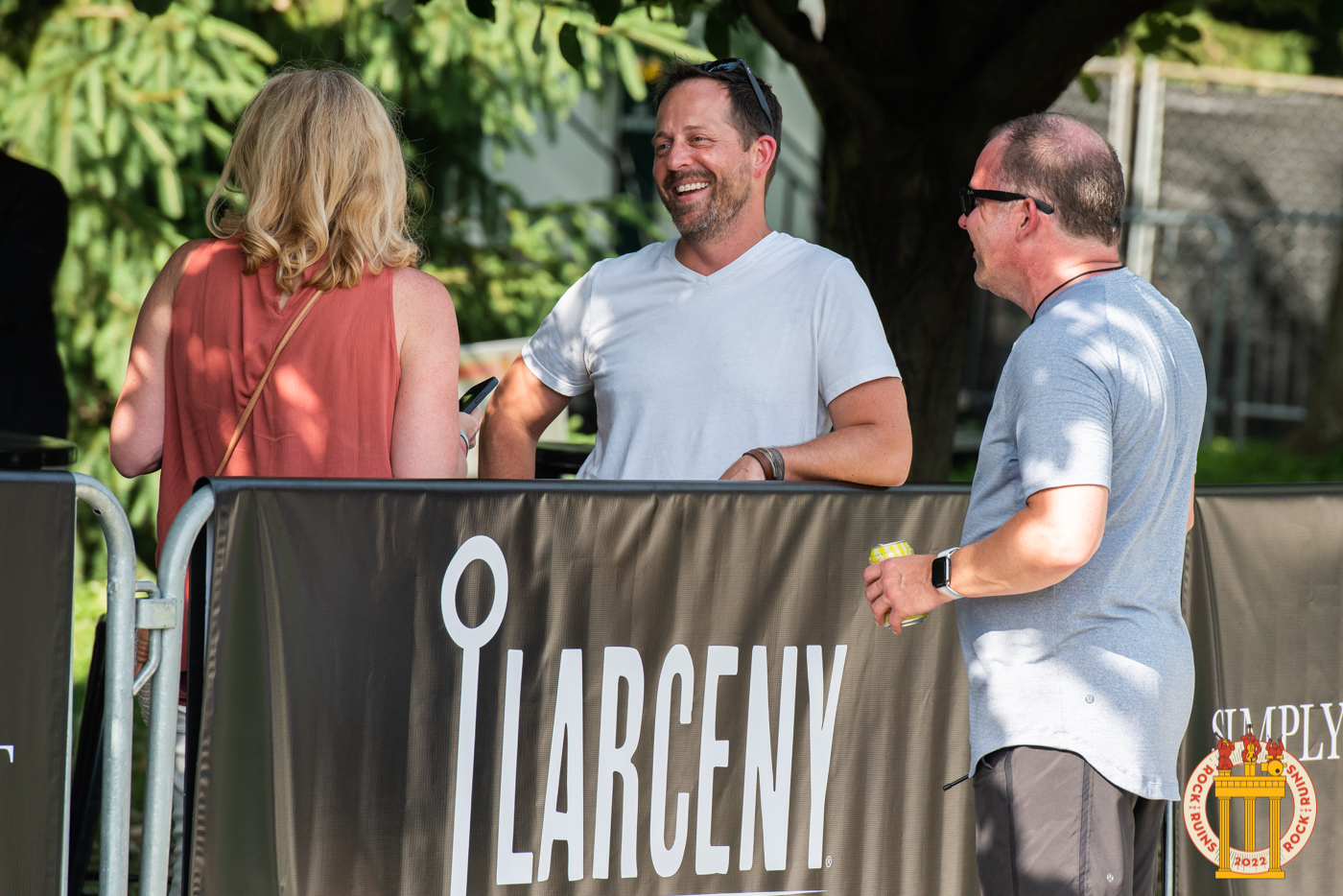 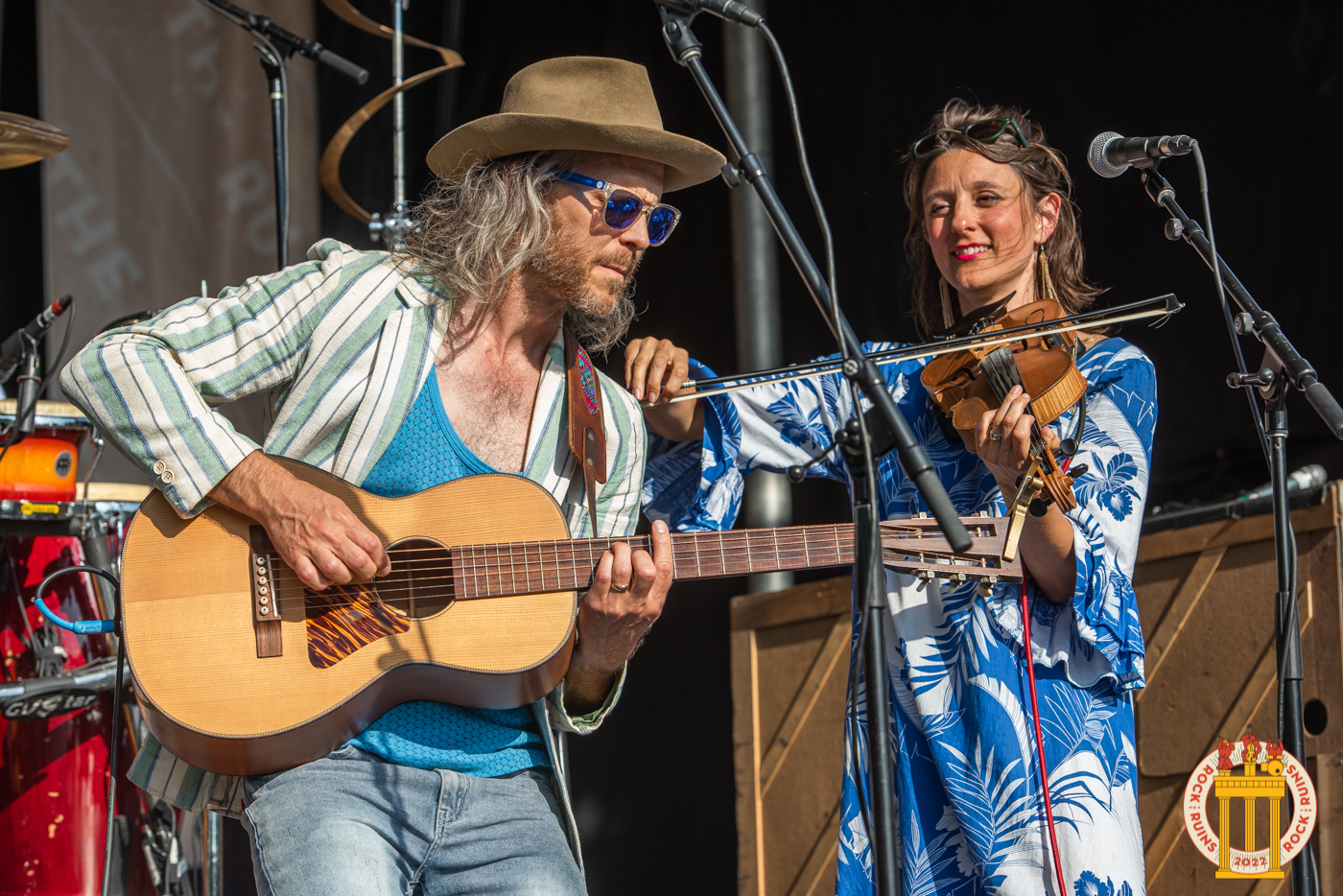 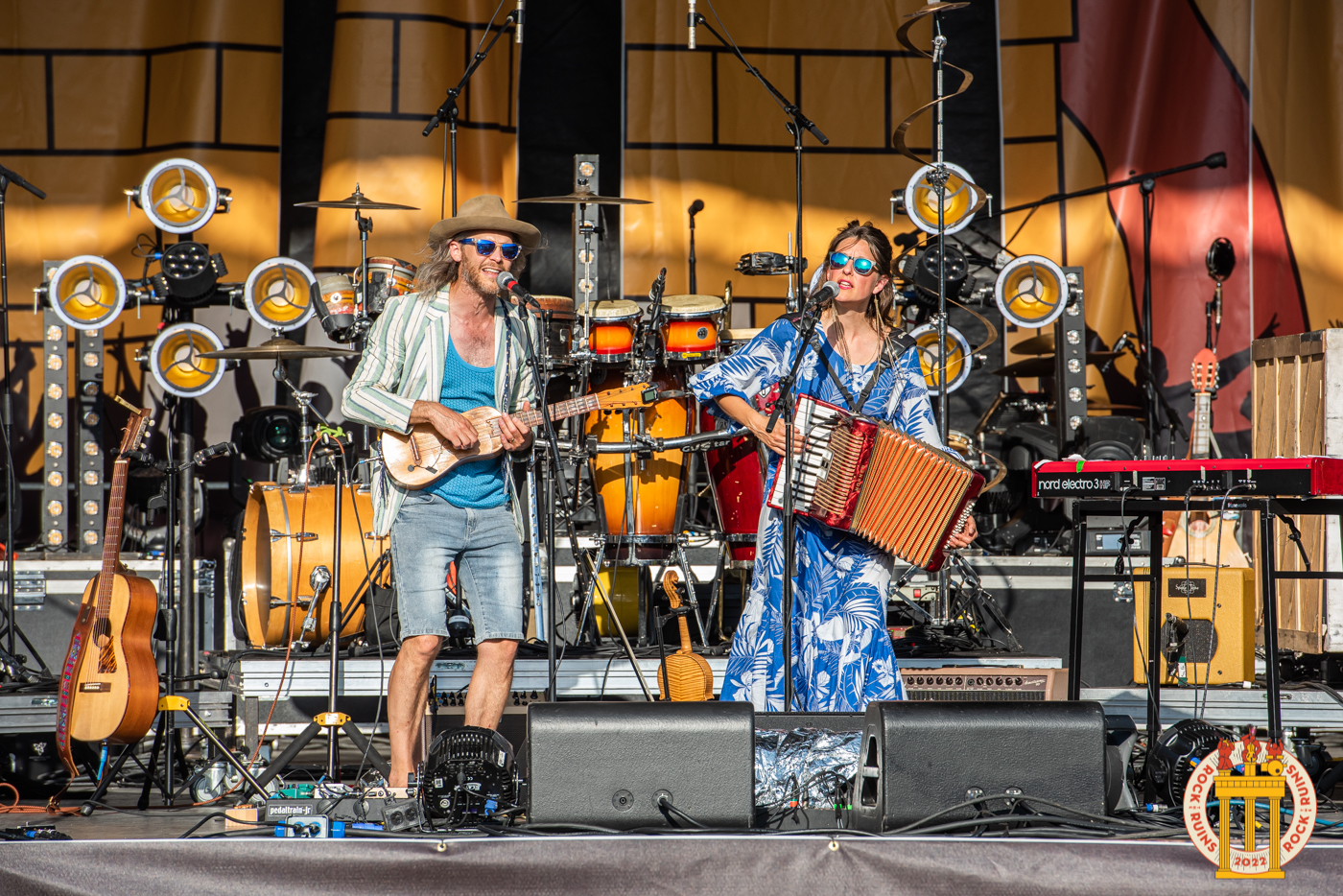 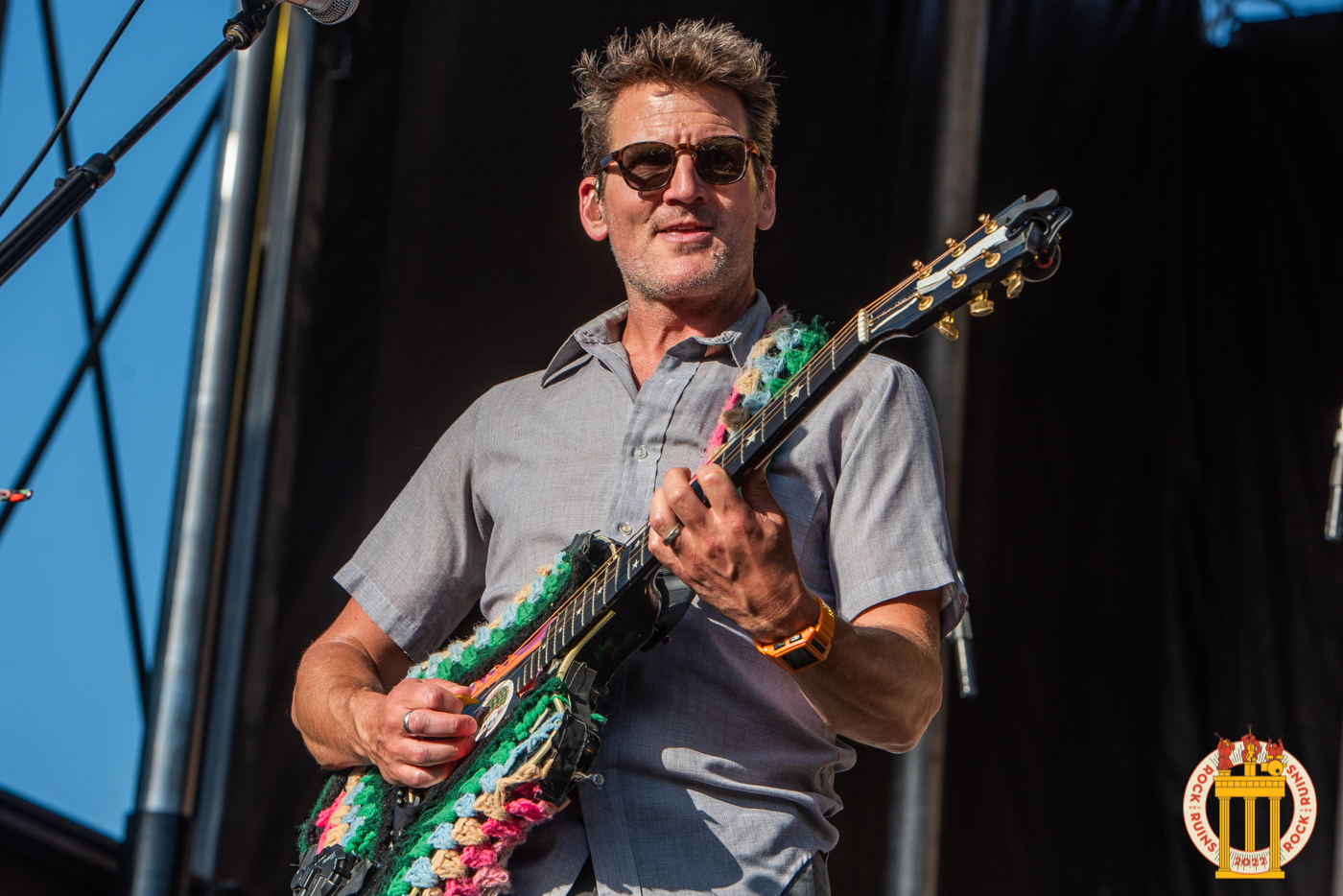 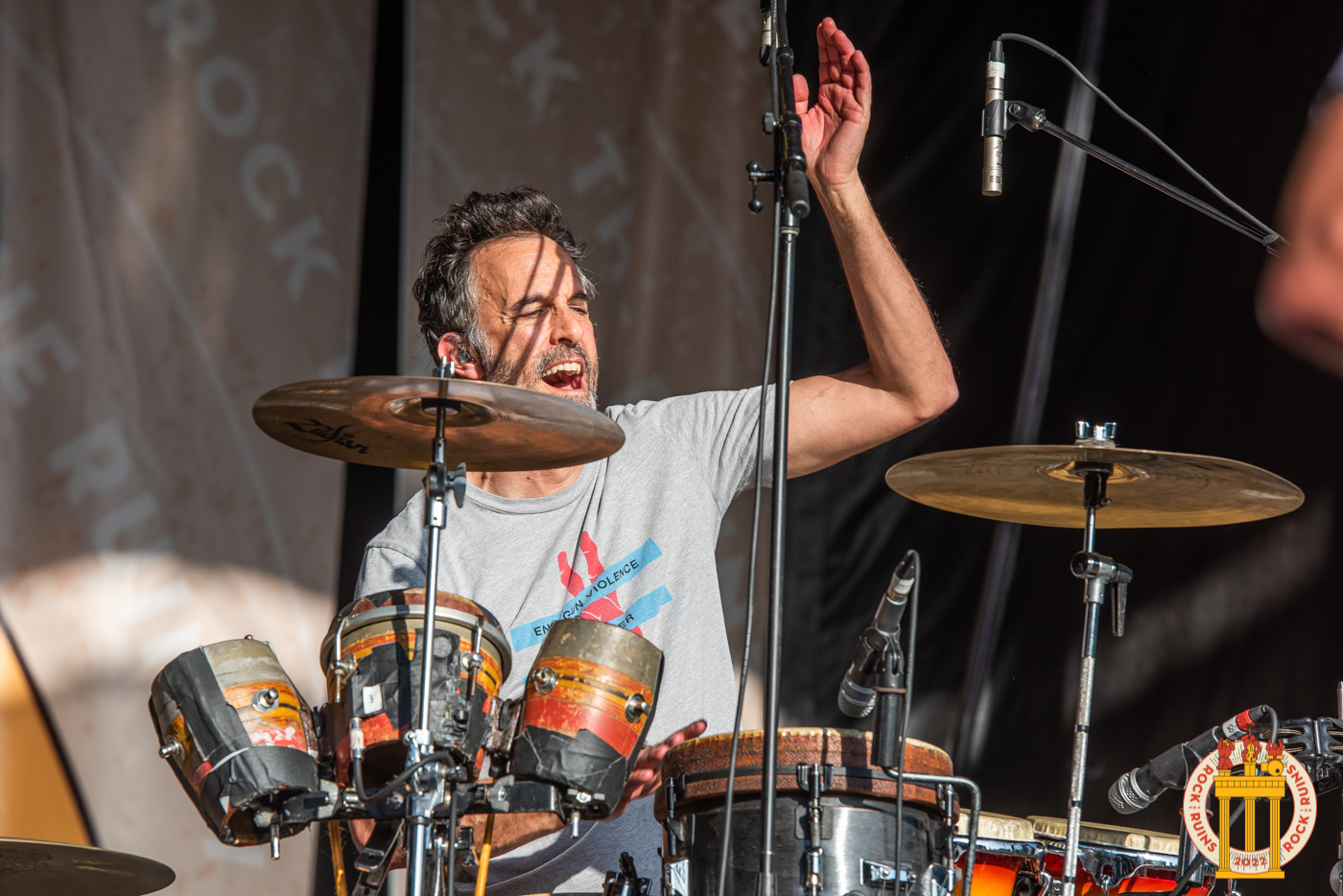 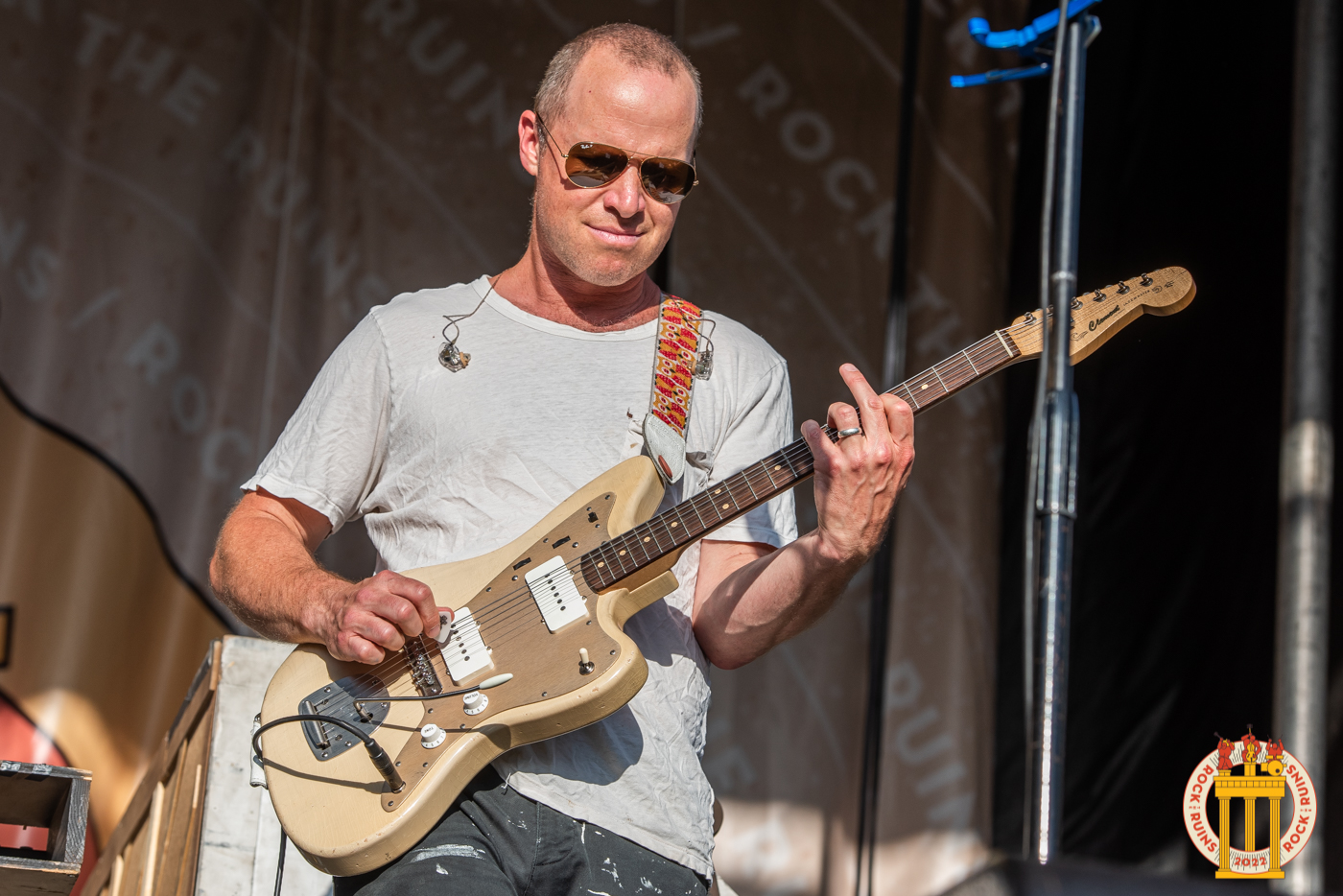 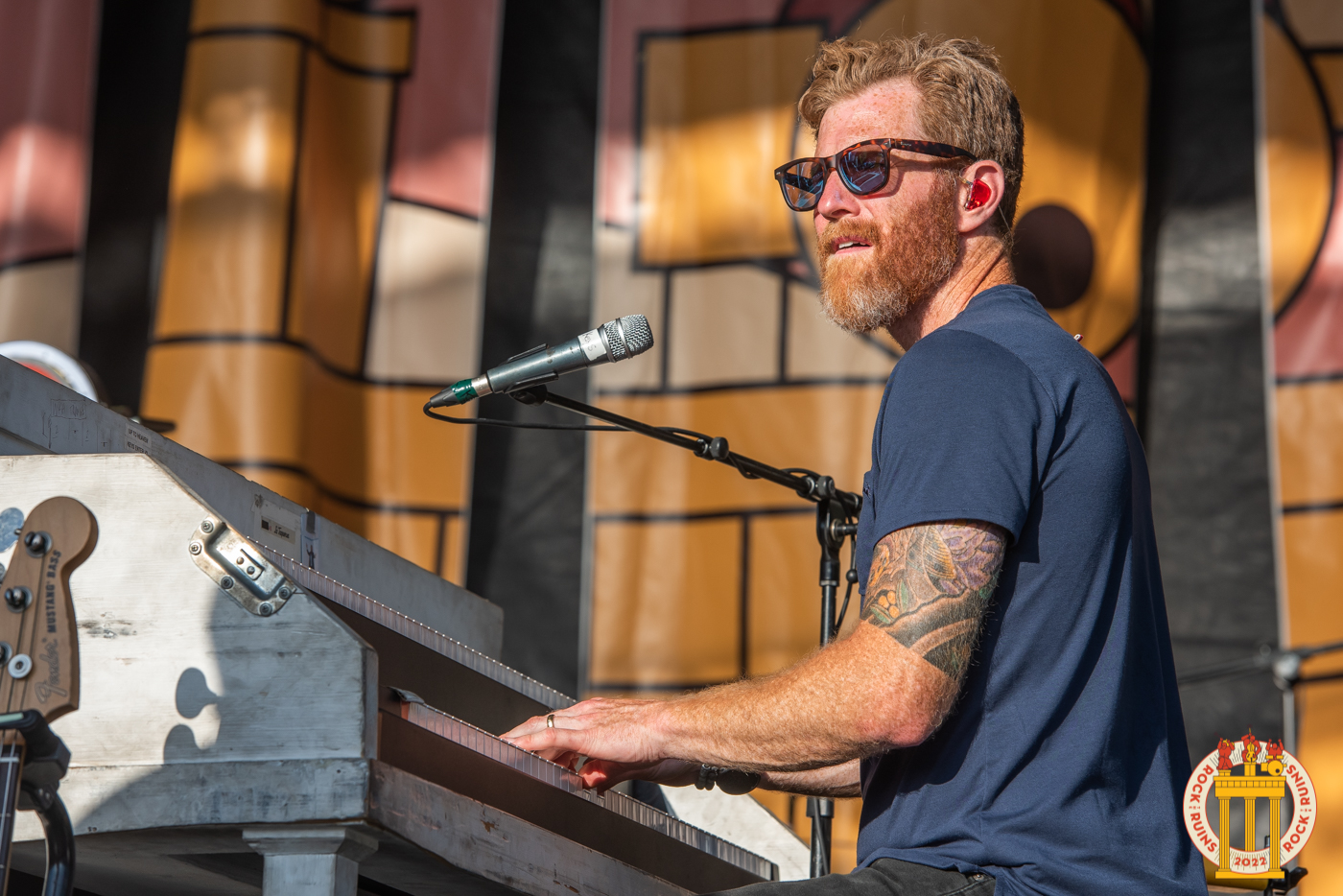 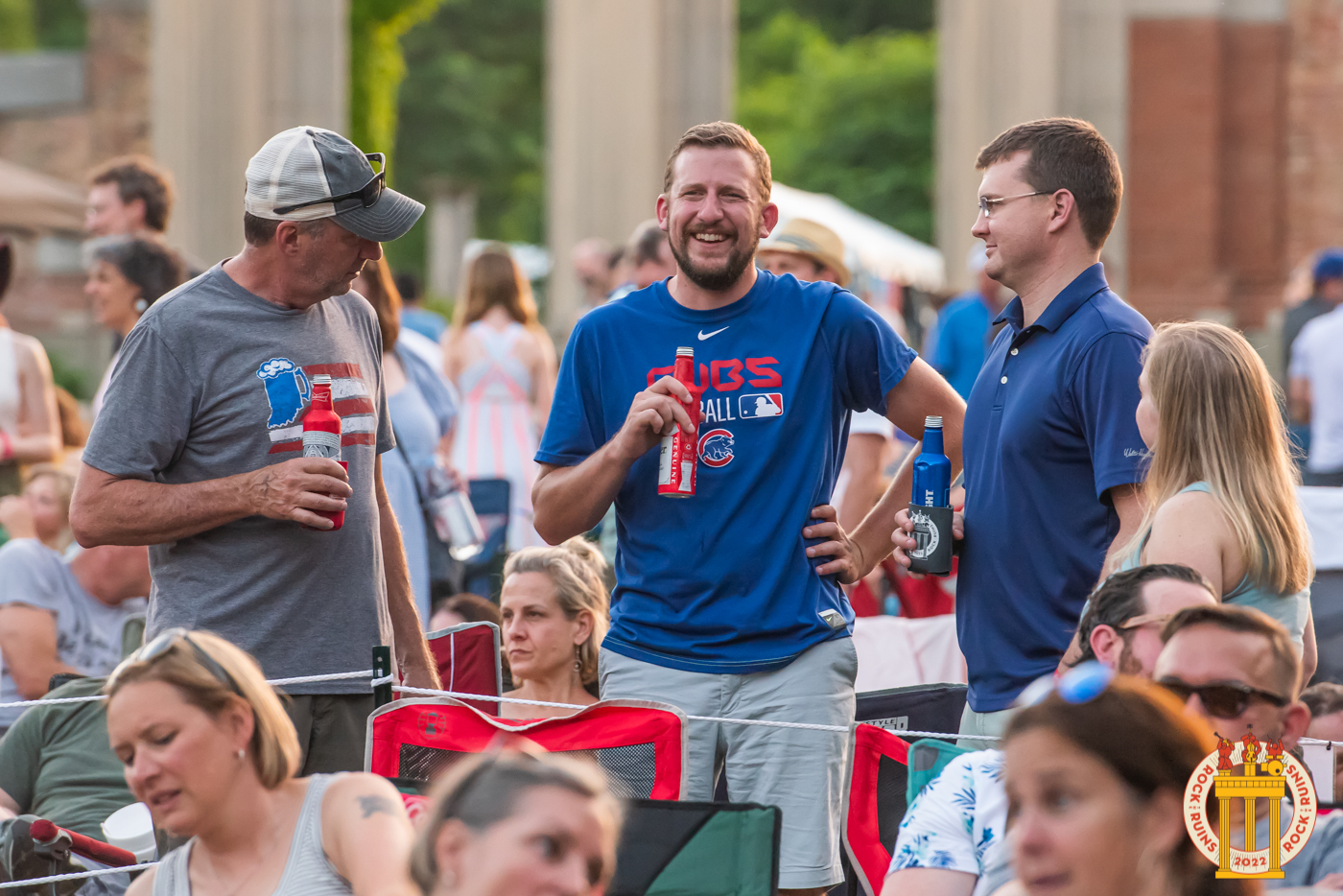 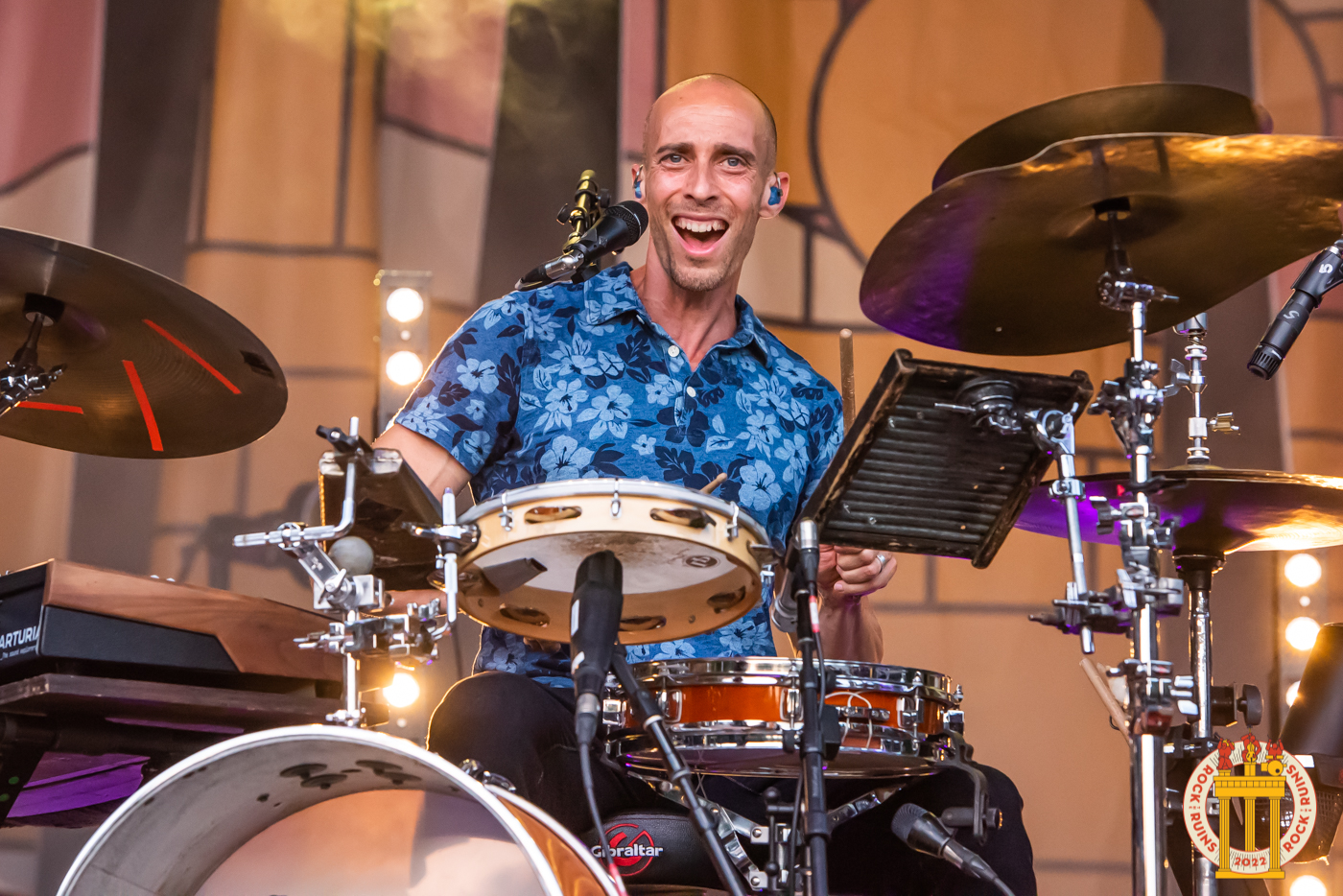 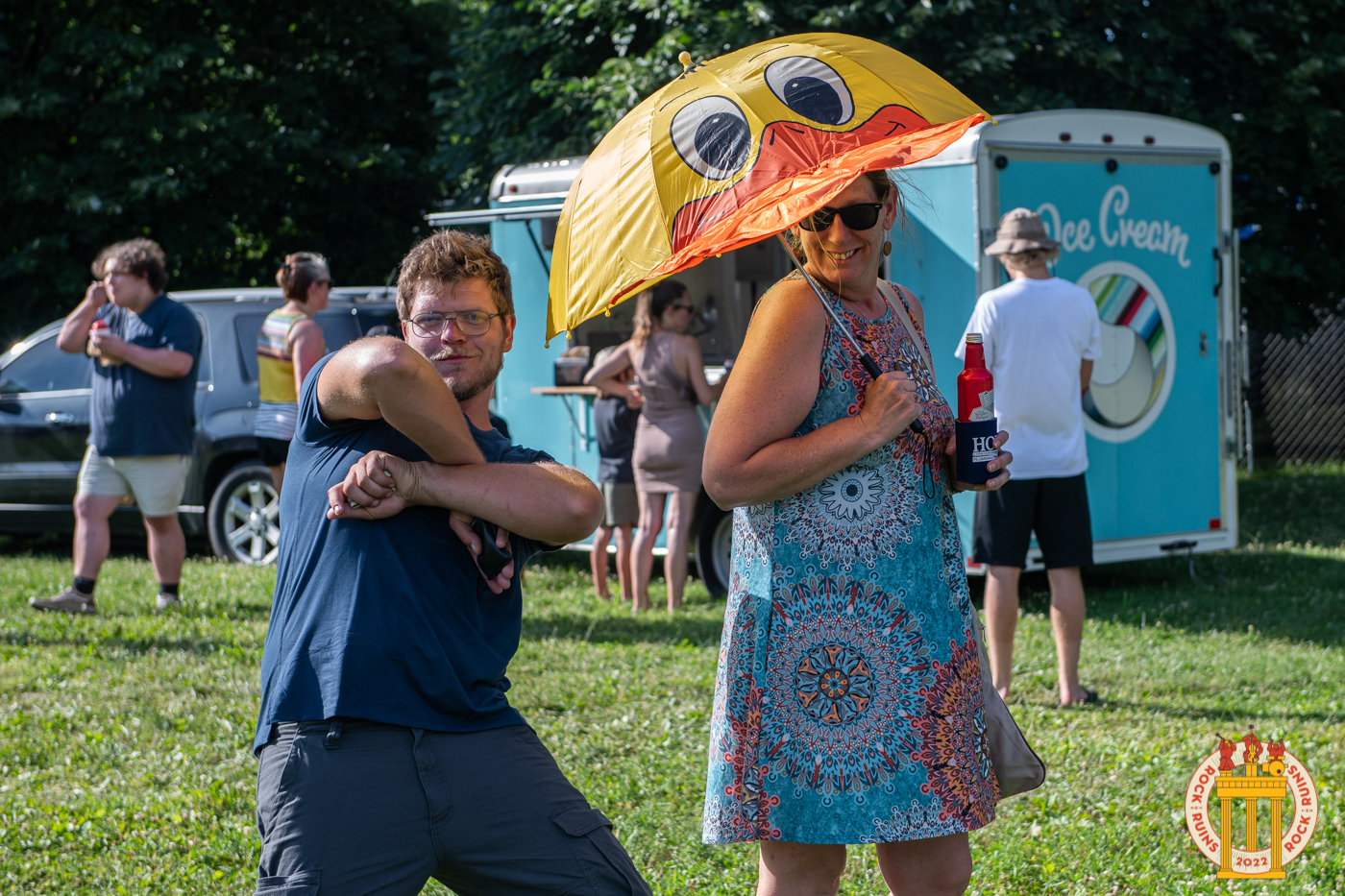 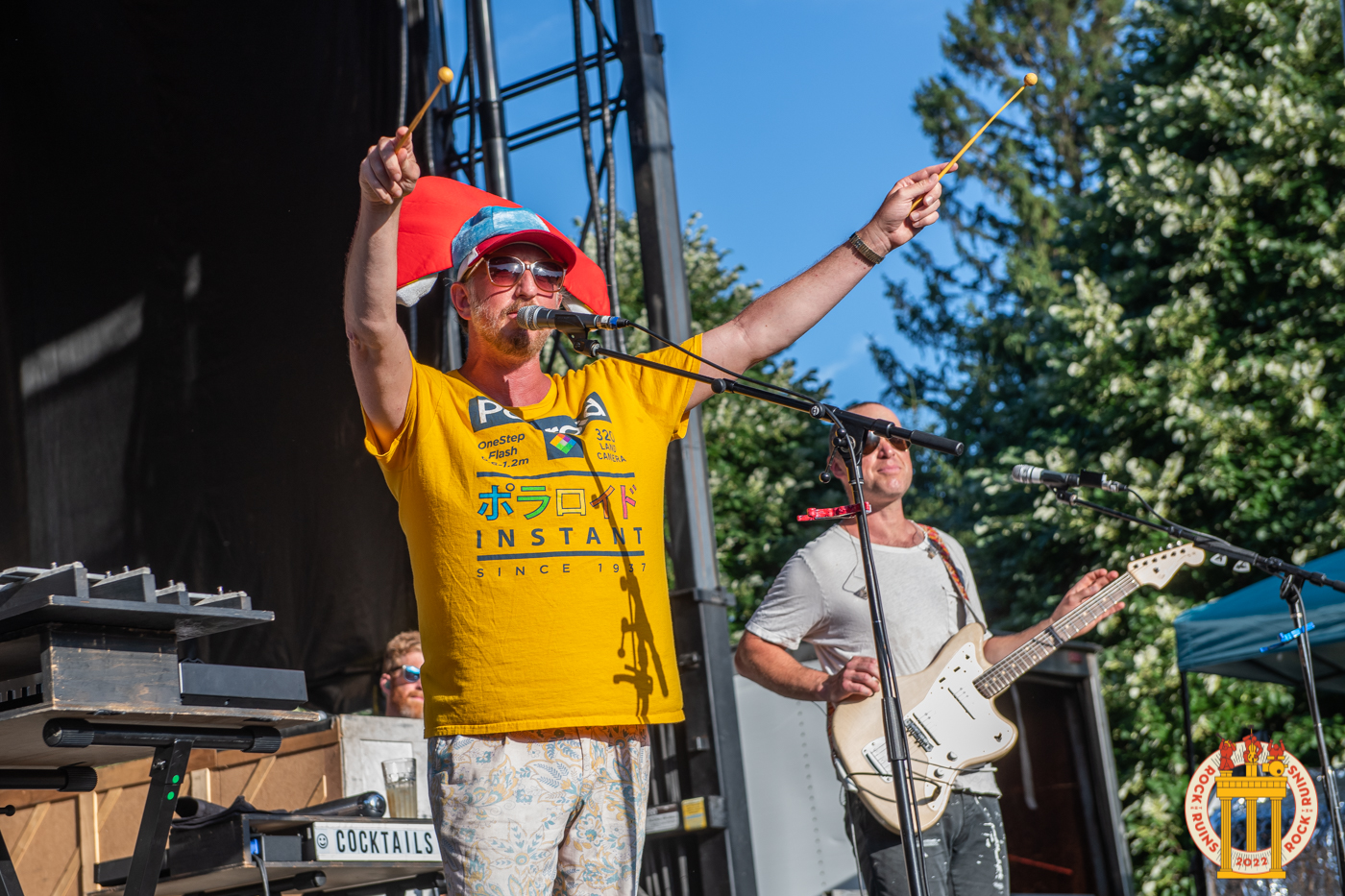 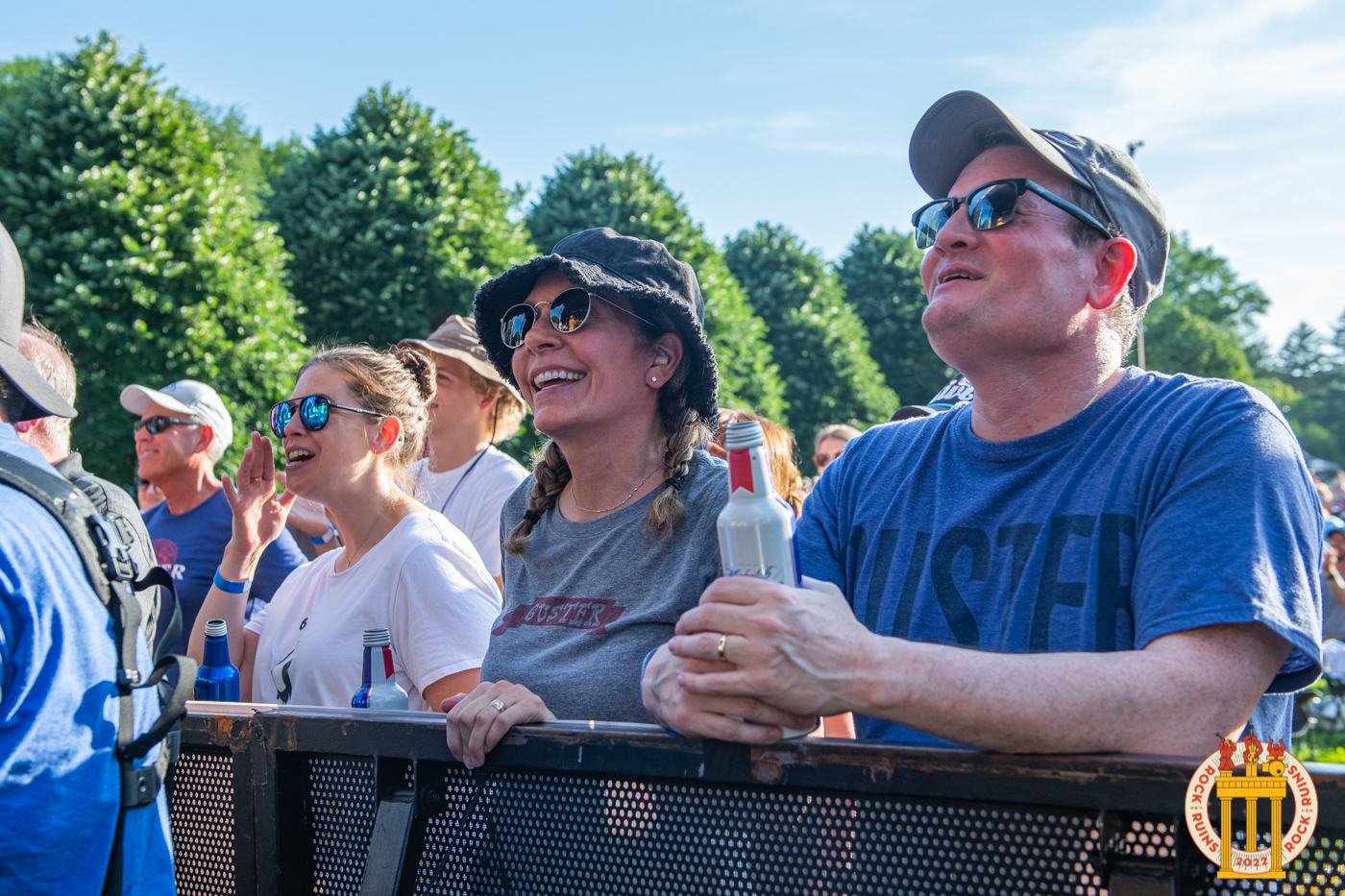 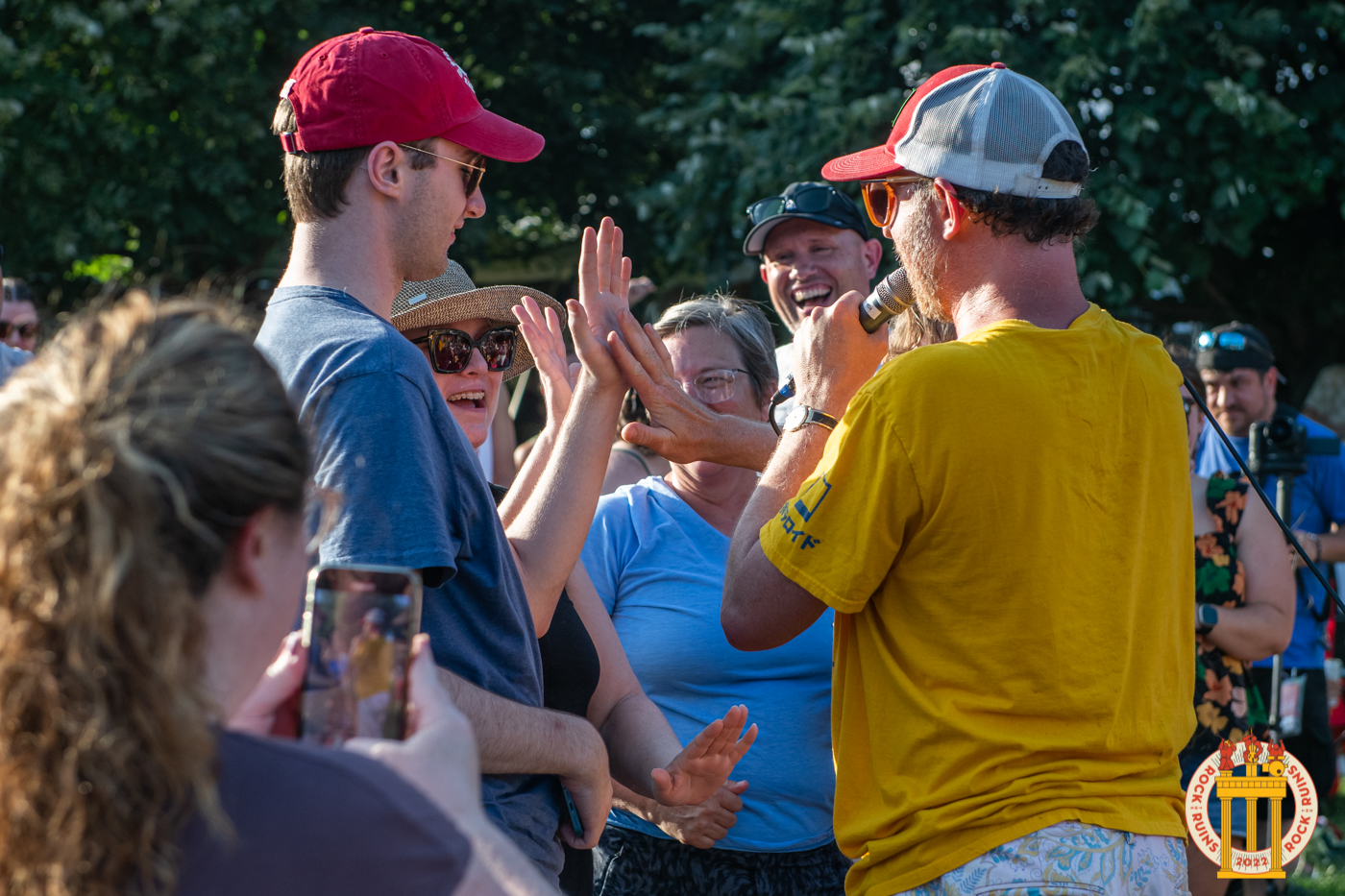 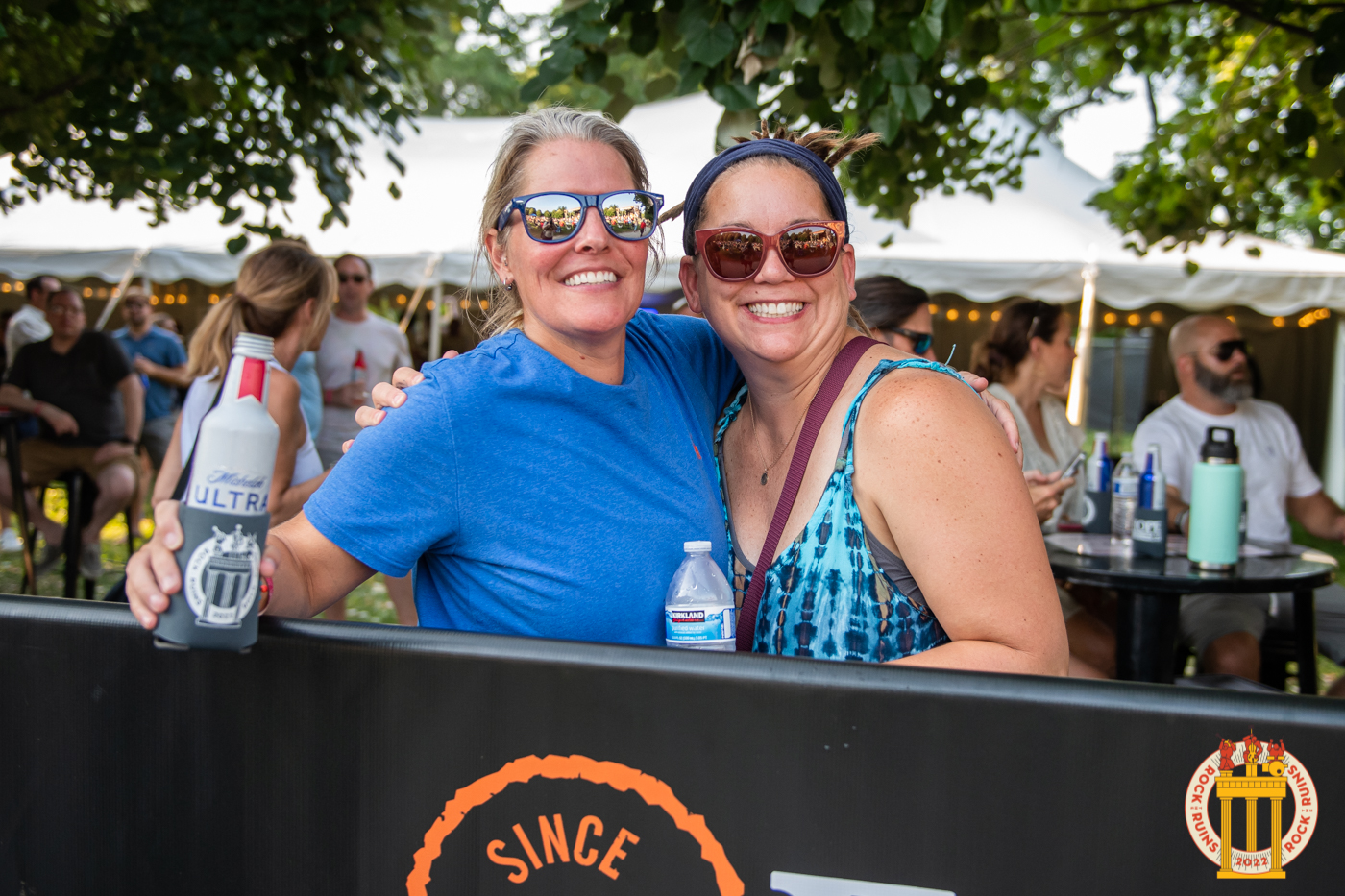 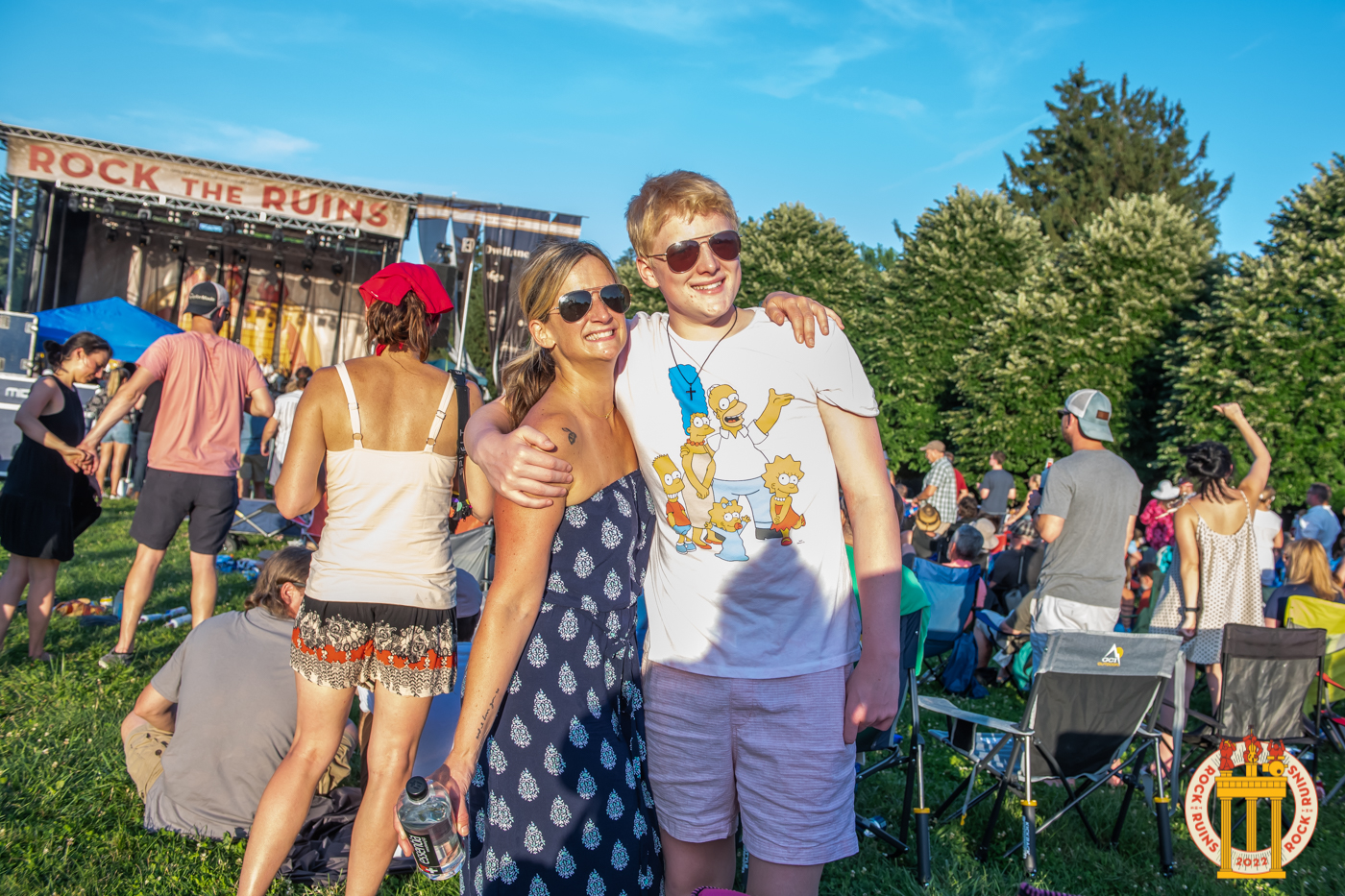 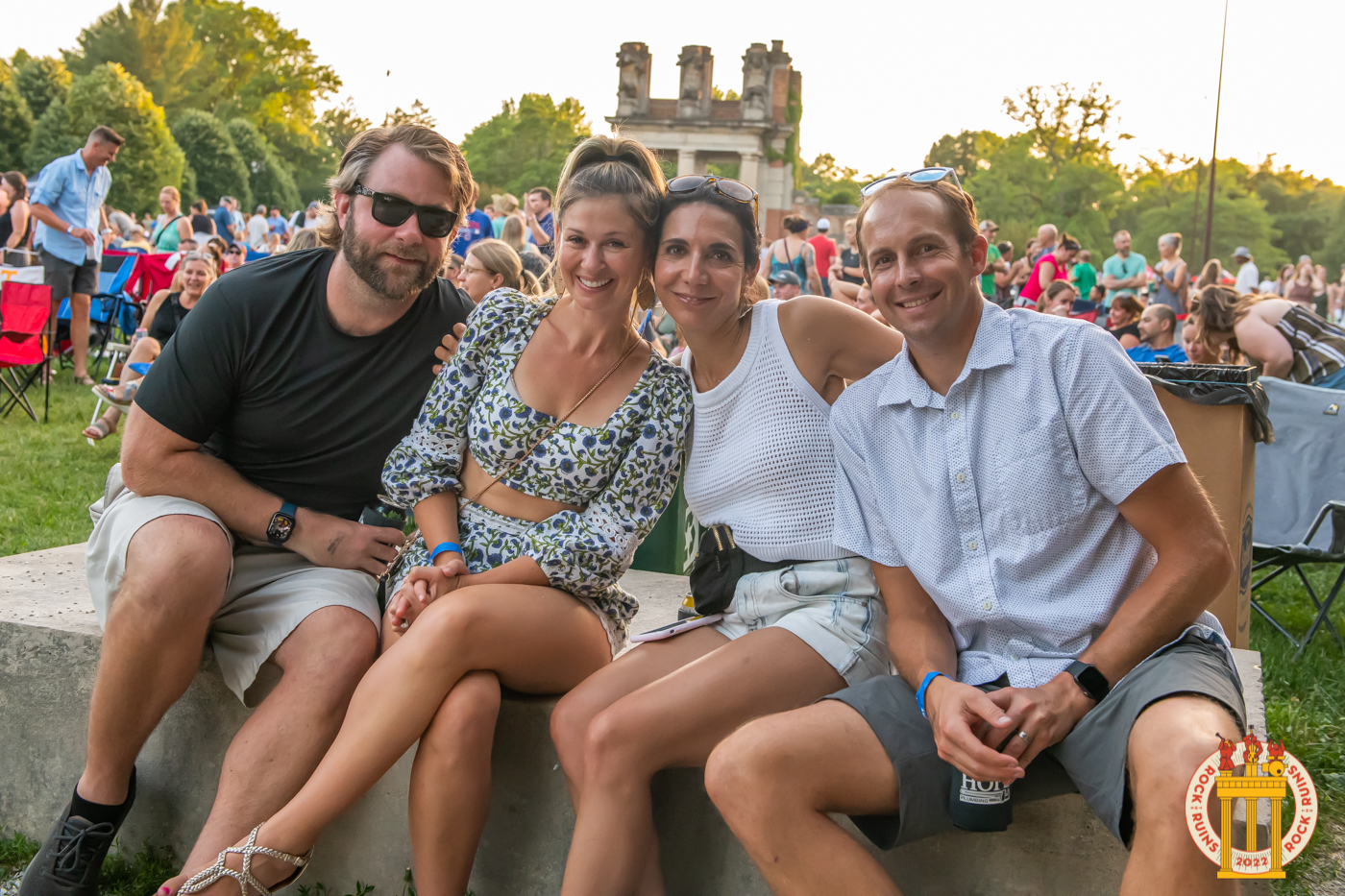 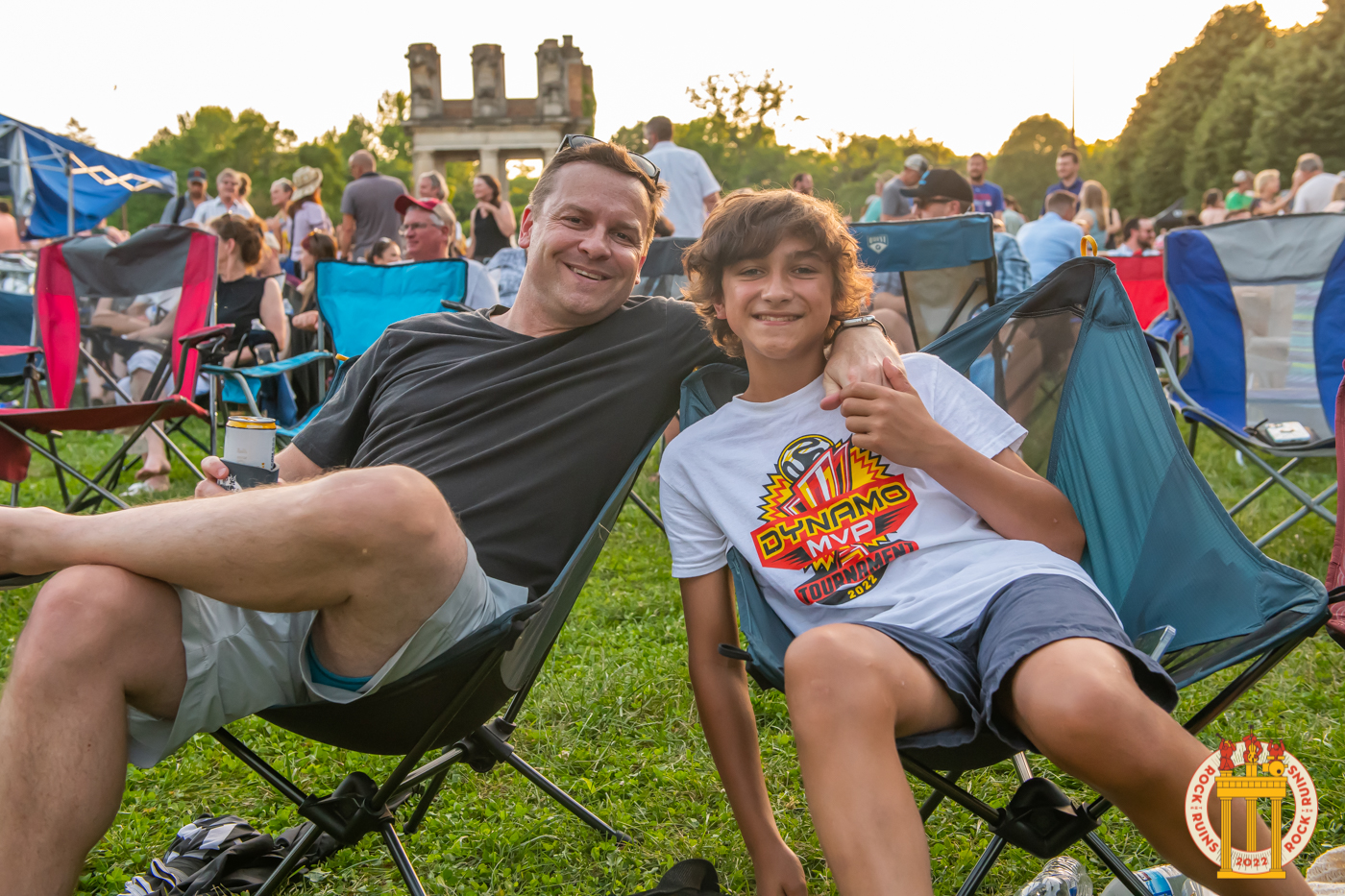 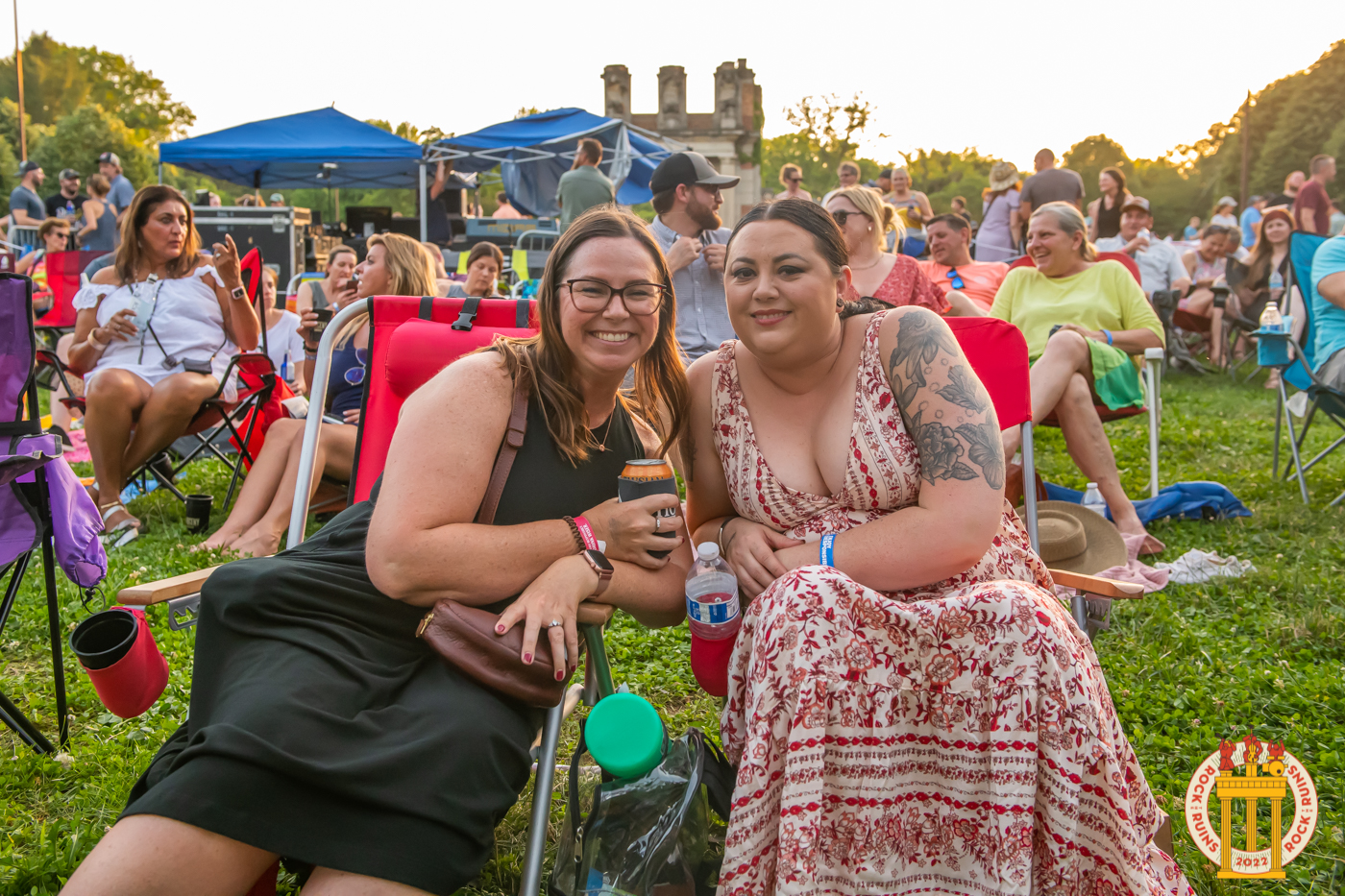 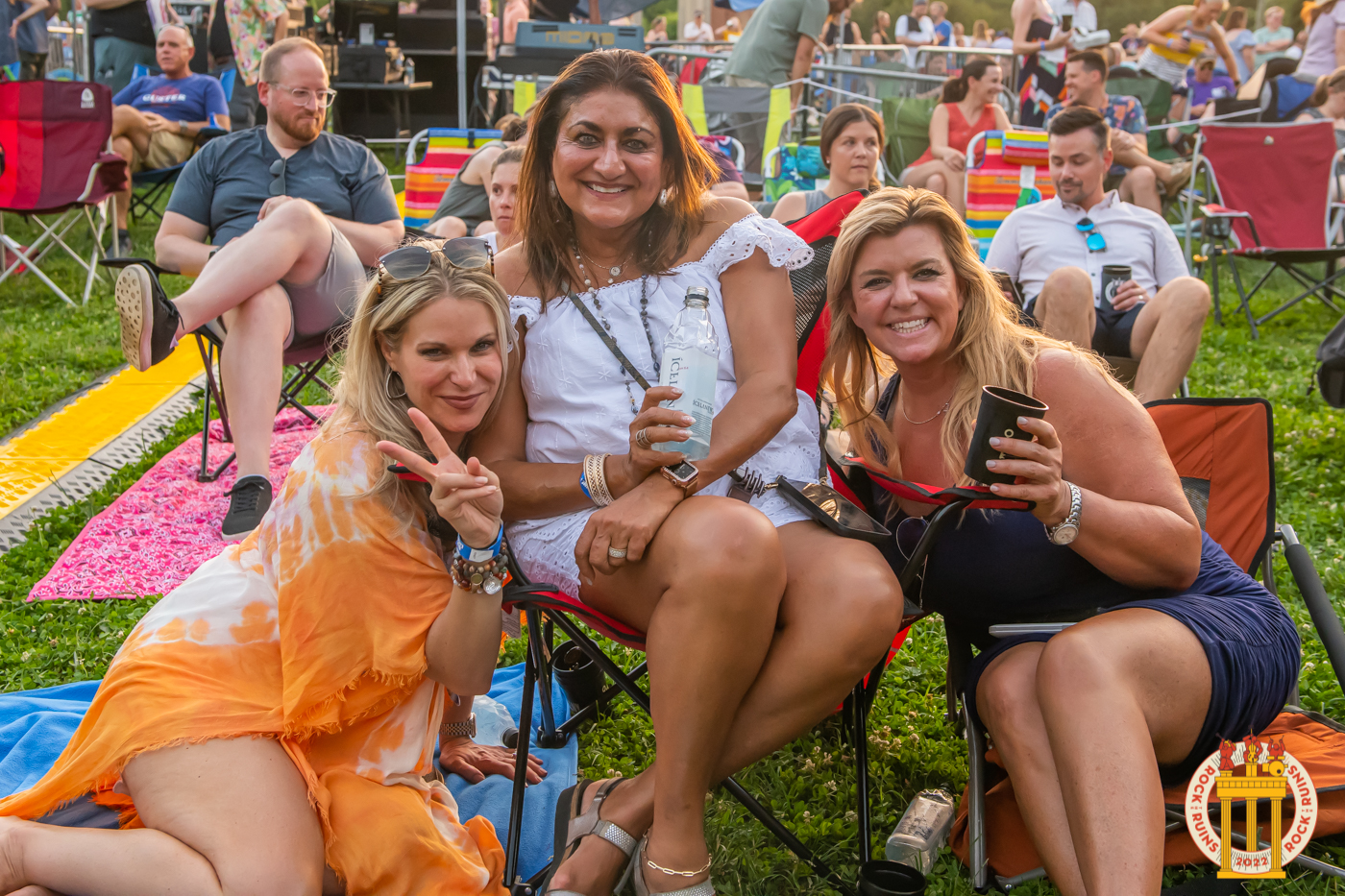 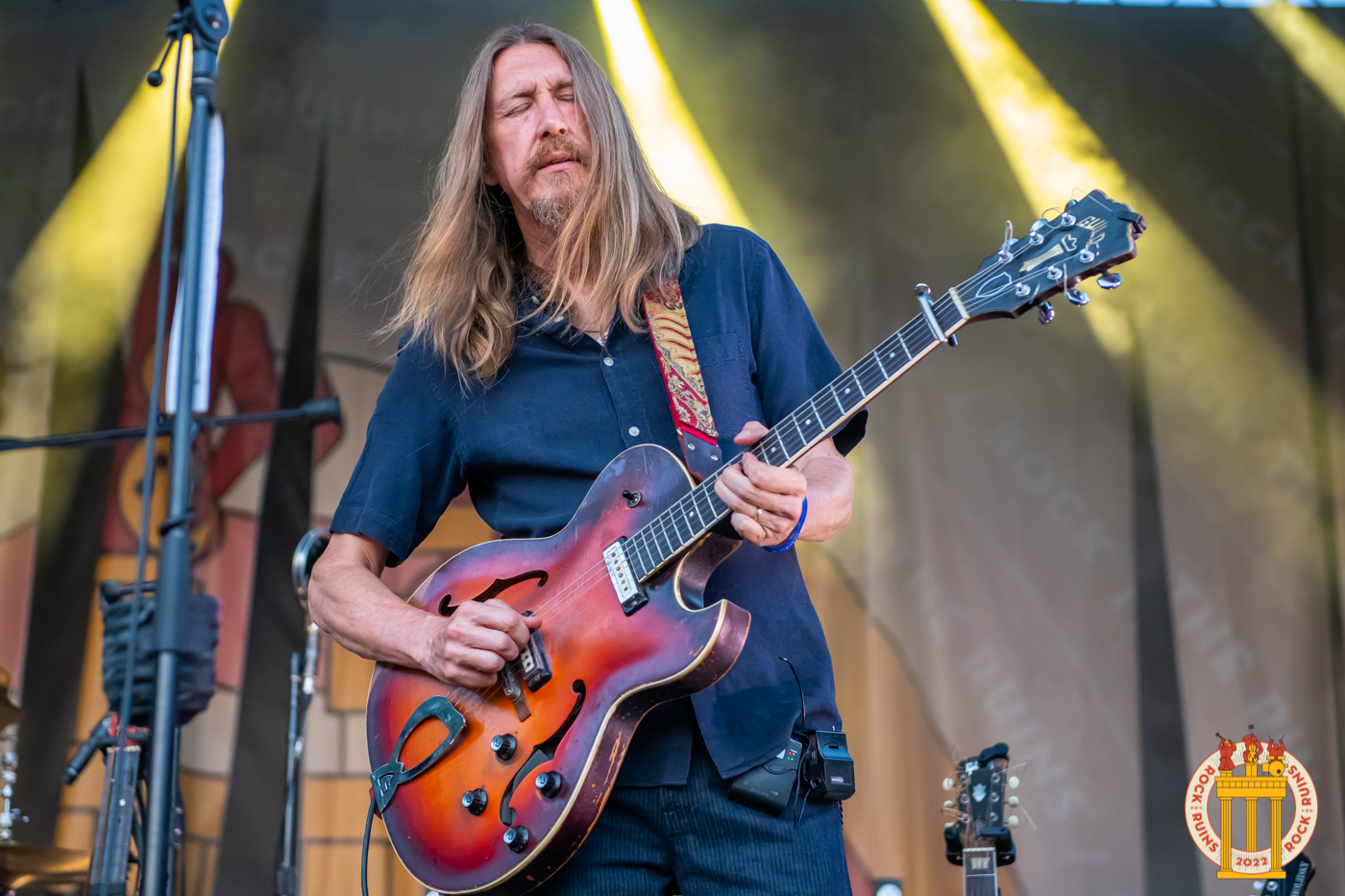 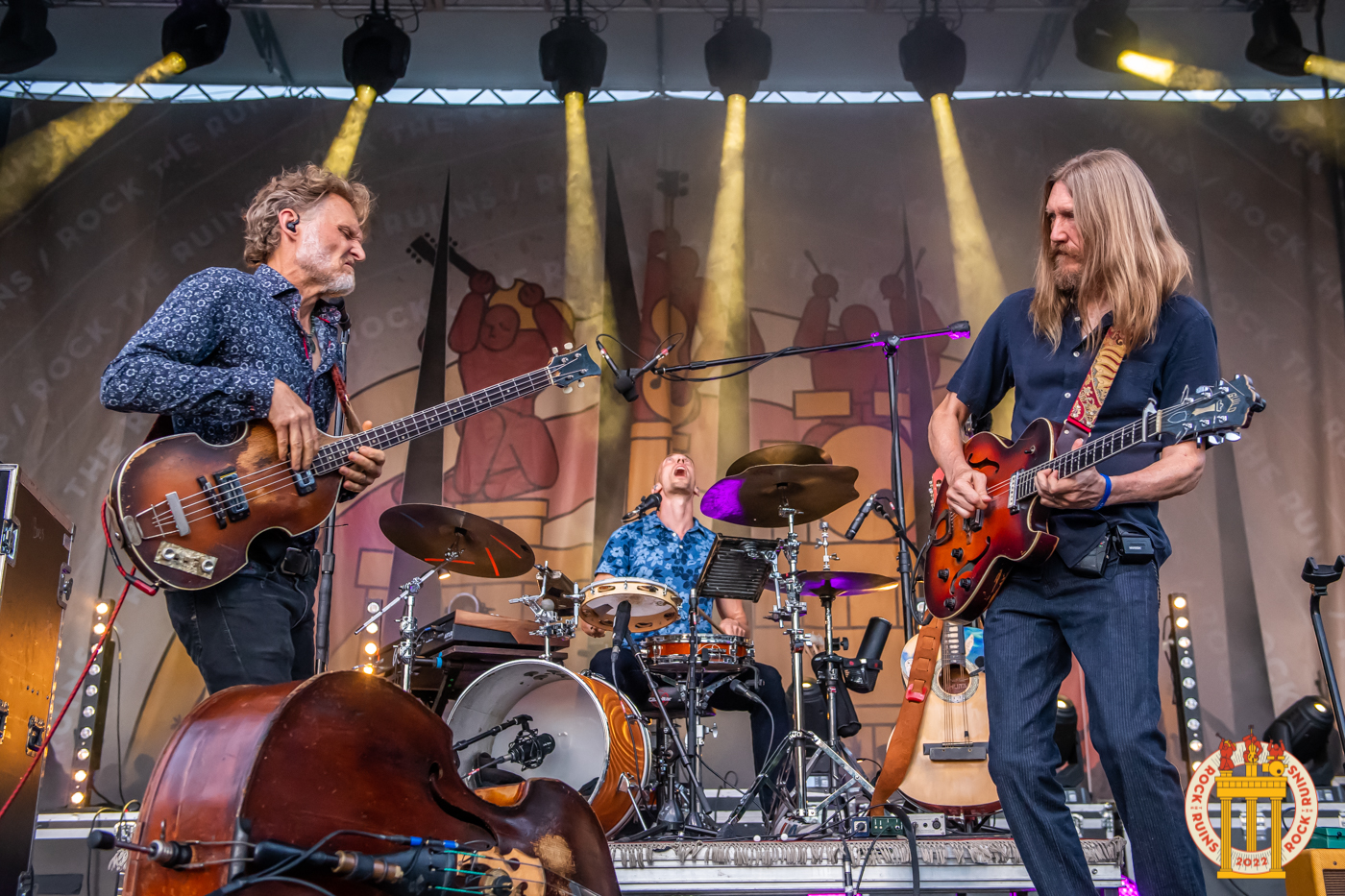 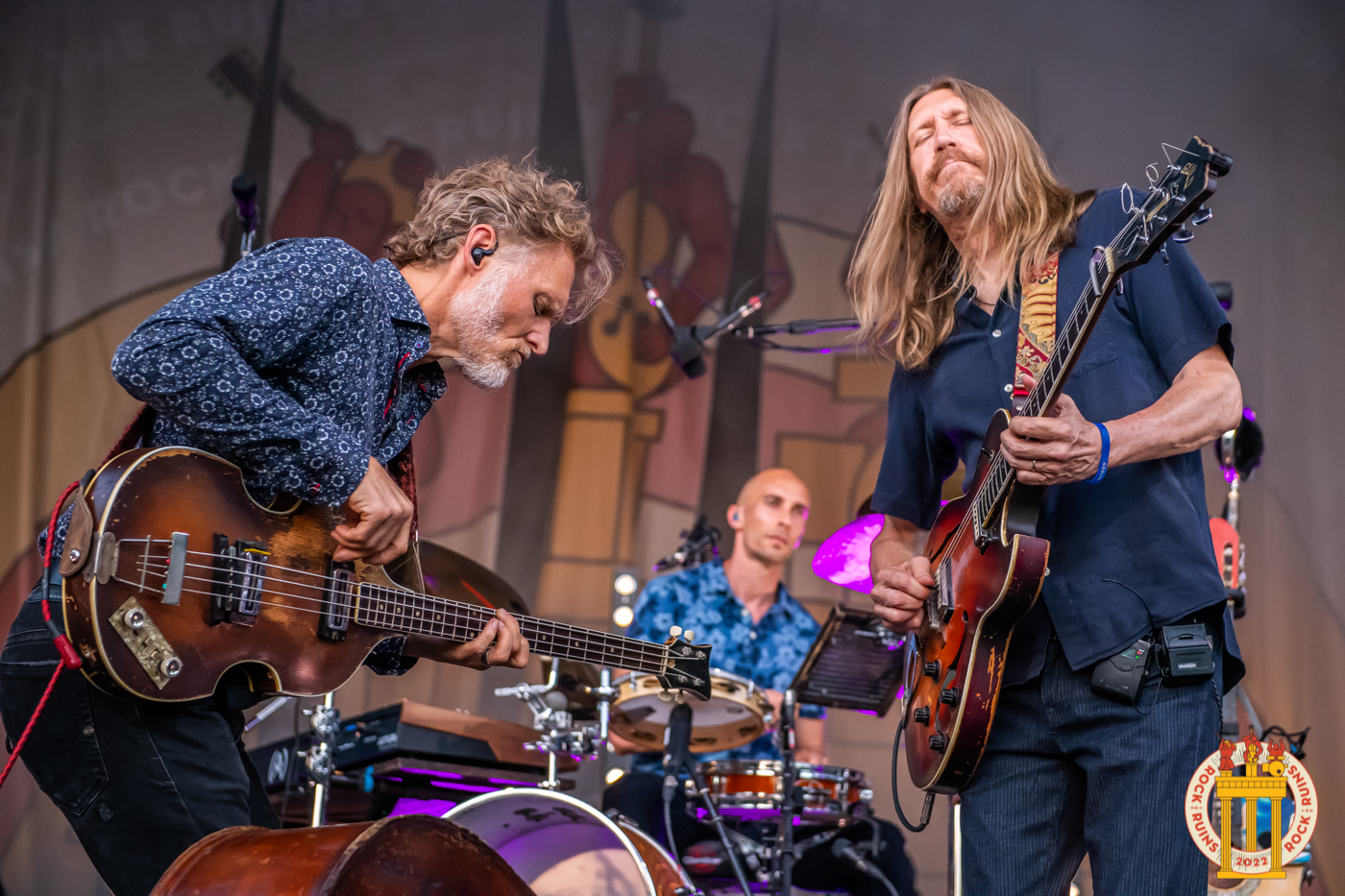 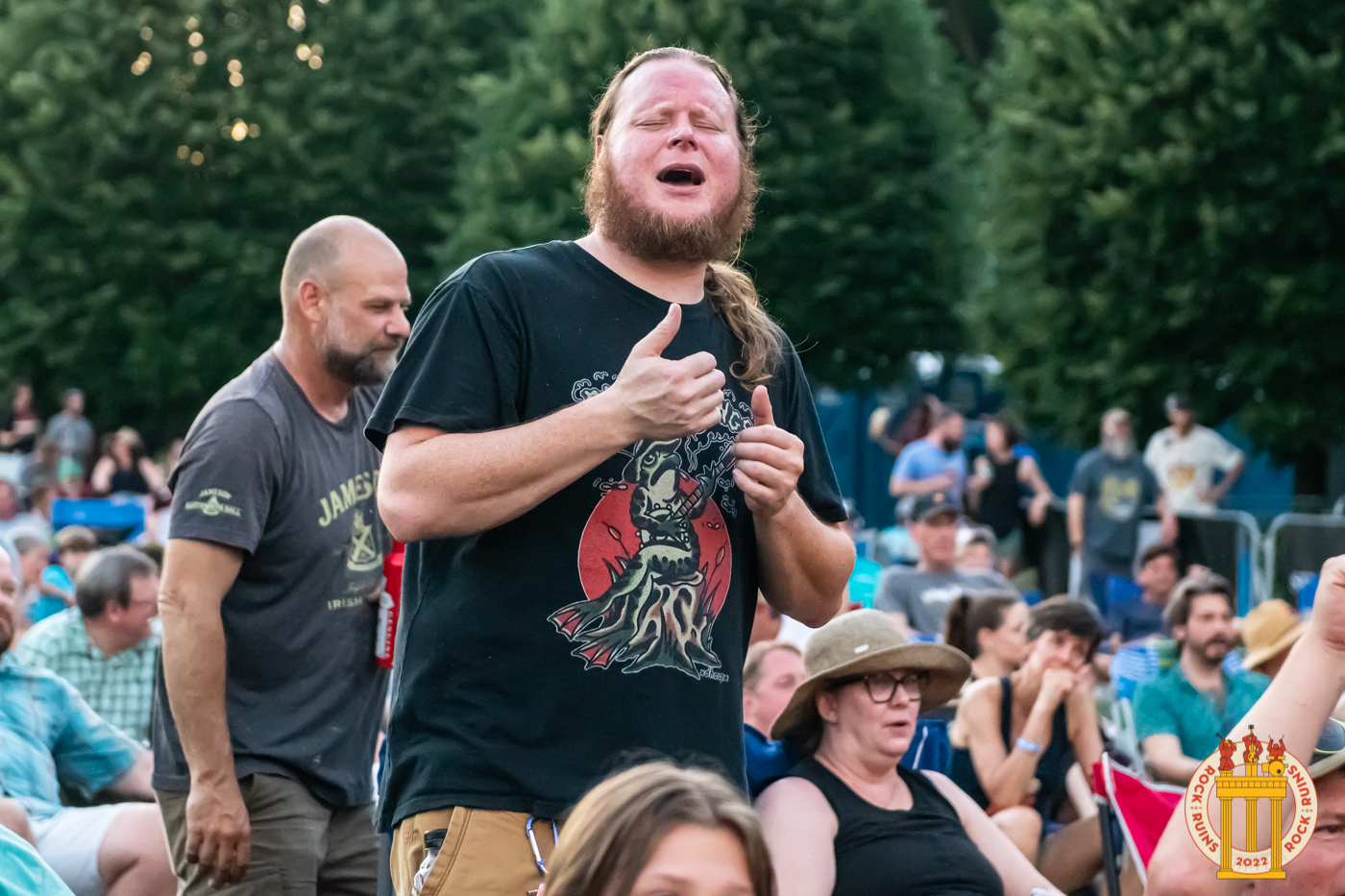 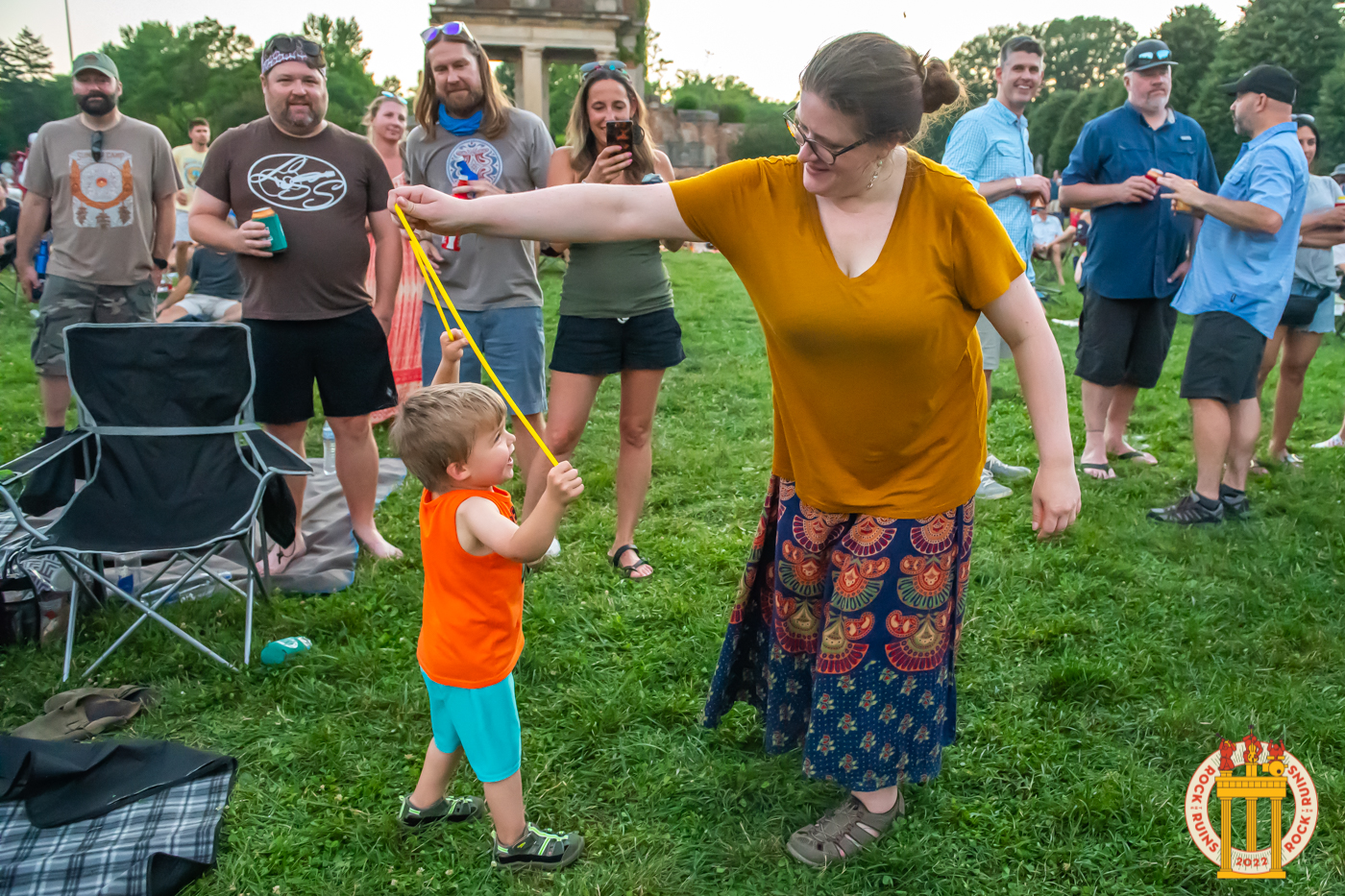 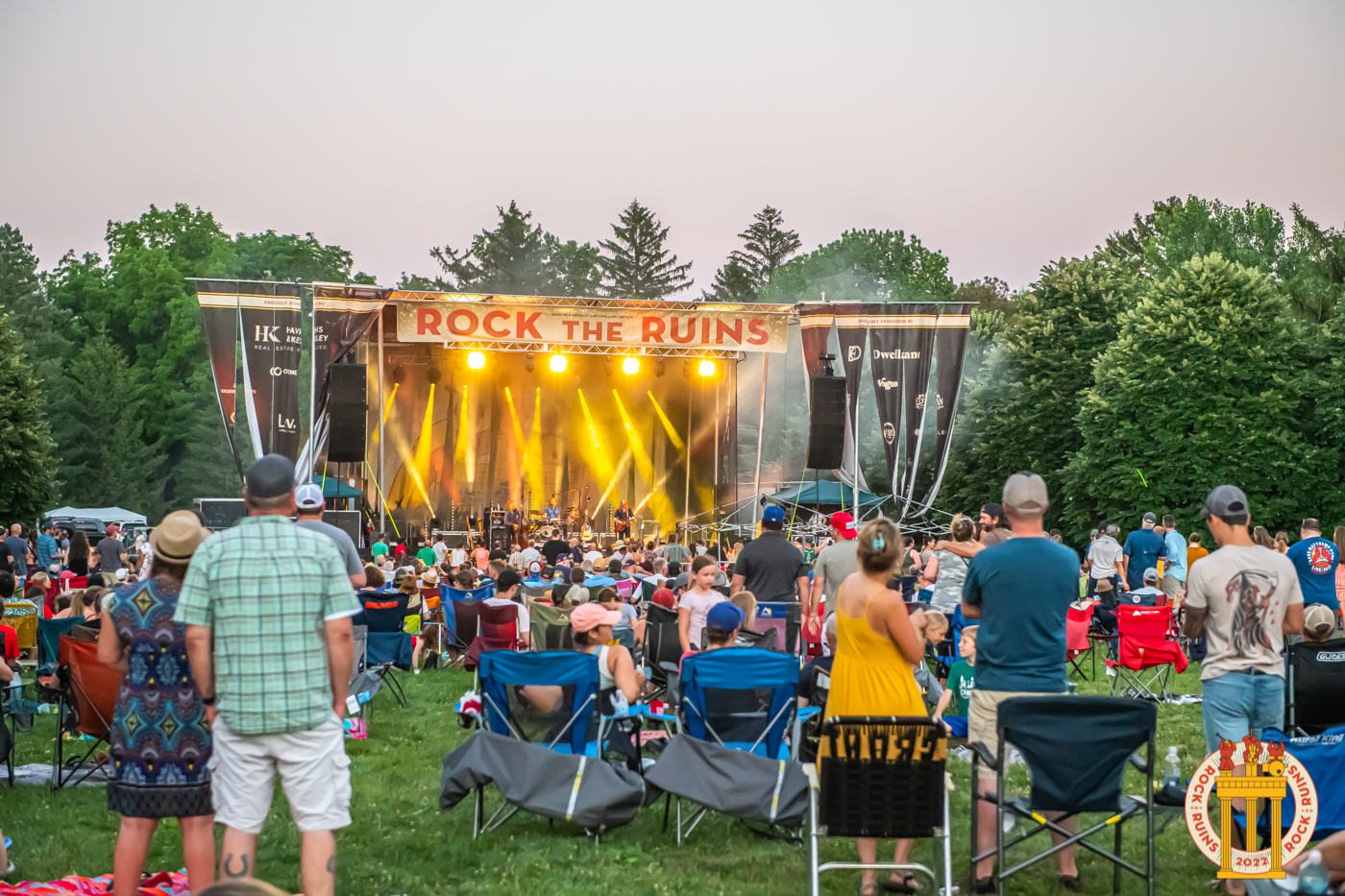 The Wood Brothers didn’t know they were making a record. Looking back, they’re grateful for that.

“If we had known, we probably would have been too self-conscious to play what we played,” reflects bassist/vocalist Chris Wood. “At the time, we just thought we were jamming to break in our new studio, so we felt free to explore all these different ways of performing together without worrying about form or structure. It was liberating.”

Recorded live to tape, those freewheeling, improvised sessions became a vast pool of source material from which The Wood Brothers would go on to draw ‘Kingdom In My Mind,’ their seventh studio release and most spontaneous and experimental collection yet. While on past records, the band—Chris, guitarist/vocalist Oliver Wood, and drummer/keyboardist Jano Rix—would write a large batch of songs and then record them all at once, ‘Kingdom’ found them retroactively carving tunes out of sprawling instrumental jam sessions like sculptors chipping away at blocks of marble. A testament to the limitless creativity of the unharnessed mind, the record explores the power of our external surroundings to shape our internal worlds (and vice versa), reckoning with time, mortality, and human nature. The songs here find strength in accepting what lies beyond our control, thoughtfully honing in on the bittersweet beauty that underlies doubt and pain and sadness with vivid character studies and unflinching self-examination. Deep as the lyrics dig, the arrangements always manage to remain buoyant and light, though, drawing from across a broad sonic spectrum to create a transportive, effervescent blend that reflects the trio’s unique place in the modern musical landscape.

“My brother came to this band from the blues and gospel world, and my history was all over the map with jazz and R&B,” says Chris, who first rose to fame with the pioneering trio Medeski Martin & Wood. “The idea for this group has always been to marry our backgrounds, to imagine what might happen if Robert Johnson and Charles Mingus had started a band together.”

‘Kingdom In My Mind’ follows The Wood Brothers’ most recent studio release, 2018’s ‘One Drop Of Truth,’ which hit #1 on the Billboard Heatseekers Chart and garnered the band their first GRAMMY nomination for Best Americana Album. NPR praised the record’s “unexpected changes and kaleidoscopic array of influences,” while Uncut hailed its “virtuosic performances and subtly evocative lyrics,” and Blurt proclaimed it “a career-defining album.” Tracks from the record racked up roughly 8 million streams on Spotify alone, and the band took the album on the road for extensive tour dates in the US and Europe, including their first-ever headline performance at Red Rocks, two nights at San Francisco’s legendary Fillmore (captured on their 2019 release, ‘Live At The Fillmore’), and festival appearances everywhere from Bonnaroo to XPoNential.

Look Alive is our 8th album. The bulk of it was recorded in a vintage keyboard museum in Calgary AB, during a January stretch when the temperature reached 30 degrees below zero. We ended up in Canada because our British producer, Leo Abrahams, couldn’t turn around an American work visa fast enough, and we feel lucky to have discovered Studio Bell at the last minute. Despite having access to room after room of well-maintained analog keys, Leo gravitated to a cheap Ensoniq Mirage synth from the 1980s that made Janet Jackson Rhythm Nation-era sounds from floppy disks. Leo spent countless hours poring over these floppy disks while the band gawked at the mellotrons, harpsichords, and other vintage equipment housed at Studio Bell. It was the beginnings of a stylistic clash that would ultimately play out beautifully. Our band had always gravitated to “warm” sounds. Leo would introduce us to “cold” sounds and the way they challenge us as listeners. He was the perfect complementary piece for Guster.

After working with the late Richard Swift four years ago and discovering a more raw and vintage sound on Evermotion, we fully embraced studio production with Leo this time around. The sheer amount of production on Look Alive grew into its own statement. There is a lot to unpack.

One day in Calgary we arrived at the studio to discover that Leo had put in a few extra hours on our song “Summertime.” He’d built an entire new intro using the Ensoniq Mirage overnight and played it for us. The band reaction wasn’t too kind. Our beautiful song now had a jarring, harsh, disruptive introduction, instead of the soft mellotron flutes we’d known. After some days of light bickering about it, Leo finally shed his proper British diplomatic side and belted out that “the world doesn’t need another fucking Beatles pastiche!” This would eventually become a rallying cry for the album as we strove to make something new and powerful together.

The title track “Look Alive” is an ominous, processed sonic collage with haunting words about waking up and becoming active in the midst of hollow words and fake heroes. “Hard Times,” written in the studio, came out more like the dark pop of Peter Gabriel / Depeche Mode / Tears for Fears than what people might think of Guster. “Overexcited” felt like classic Brit-pop and so Ryan sang it with a British accent over an Ensoniq marimba. Some of Guster’s critics will say “but you can’t do that” — and that’s something we’ve heard our entire career. We don’t subscribe to the same musical ideology they do and never have.

Writing songs for the second straight record with multi-instrumentalist Luke Reynolds (who joined the band in 2010) has been a key to our evolution. Working with artists like Leo Abrahams, John Congleton, and Collin DuPuis proved to be inspiring and adds to a “brain trust” that bolsters the songs. With Look Alive the plan is simple. Grow our musical community. Write better and better songs. Keep our minds open. Never repeat ourselves and create a legacy of music that is undeniable.

Pioneering folk musicians David Wax and Suz Slezak are the plucky husband-wife duo behind the eclectic, exuberant “Mexo-Americana” band David Wax Museum. After 14 relentless years touring the country and world, half of them with their two young children in tow, COVID’s abrupt disruption in March 2020 created a first jarring, then welcome creative pause for the Charlottesville, VA-based band. Not wasting a moment, Suz–who grew up homeschooled, playing the fiddle, singing rounds, and drinking raw milk fresh from her family’s homestead farm–immediately dug up their small downtown front yard to plant the first real garden of the indie rocker couple’s nomadic adult lives.

Before the pandemic, the ascendant band was enjoying newfound success with their 2019 first label release Line of Light (on Austin’s award-winning Nine Mile Records), subsequent national TV debut on CBS This Morning: Saturday, and three distinct features on NPR’s World Cafe. They built bridges performing at the wedding of Democratic presidential hopeful (now Transportation Secretary) Pete Buttigieg and his husband Chasten–and then in 2021 their plaintive ballad “Big Sur” debuted during the marriage scene on Netflix #1 show, Firefly Lane. David Wax Museum even had a big new bombastic studio album with their boisterous six-piece band in the can, but then the sudden shutdown temporarily shelved it, forcing David and Suz to unpack their toiletries bag, park their tired tour van in the driveway, and finally tuck their children into their own beds, for months on end, for the young family’s first time.

“Our children (ages 4 and 7) have toured in 43 states, seven countries and fallen asleep on countless disgusting green room floors,” says Suz, who was pregnant with or nursing one of them all those years on the road. “Now that we’ve been home a year, I’m not sure they even remember what tour is!”

As Suz trellised cucumbers and butternut squash, and quilted with their kids, David quickly converted their cramped, dormered attic room into an intimate performance space. The hard-working pair immediately took to touring the live-stream stages of Facebook/Instagram/YouTube Live and Zoom when all their beloved, well-trod venues, from D.C.’s esteemed 9:30 Club to Philadelphia’s Johnny Brenda’s, shuttered overnight. Such creative constraints laid the groundwork for the band’s most fruitful period ever.